‘One light fits all?’ 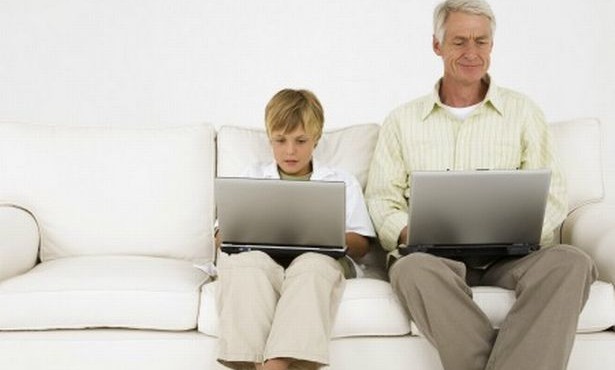 Have you heard of ‘connected lighting’?

The quality of your eyesight is typically stronger the younger you are, this poses a problem in offices which generally have a range of ages; typing, calling and holding meetings. Colleagues from 30 upwards – having been subject to a milieu of computer screens on average for a long while – have a 50% – 90% chance of experiencing some form of deterioration in their eyesight (As stated by CNN). Do you find this problem in your own office? If so, could ‘connected lighting’ be the solution?

‘Connected lighting’ is one of the tools that the Dutch company ‘Philips’ employs, that not only helps prevent declining productivity, but simultaneously breaks down acrimony that arises in light preference between generations co-working in singular office spaces.

LUX magazine recently made reference to the system by allowing workers to use an app that adjusts their respective overhead light individually. The lights are connected to an Ethernet network, each with its own internet address.
At first glance, one might say this is an excessive implementation, but consider that this is not a case of ‘older’ workers needing more light and ‘younger’ workers needing less light. We are in a society that is becoming more personal and individualistic, where these technologies are here to enforce that. Are our workspaces are on the way to becoming as flexible and adjustable as our work patterns?

Could this approach indirectly address the potential health risk of ‘poor lighting’? (which has a strong possibility of becoming a legitimate health and safety factor in future).
LUX suggests that employees generally prefer the option of adjusting the brightness settings of their digital equipment; it gives them a greater sense of control in their environment, a sense of ownership/connection with their workspace, and stimulates higher productivity.

What would we say to connected lighting? Could it be used in your School or Office?